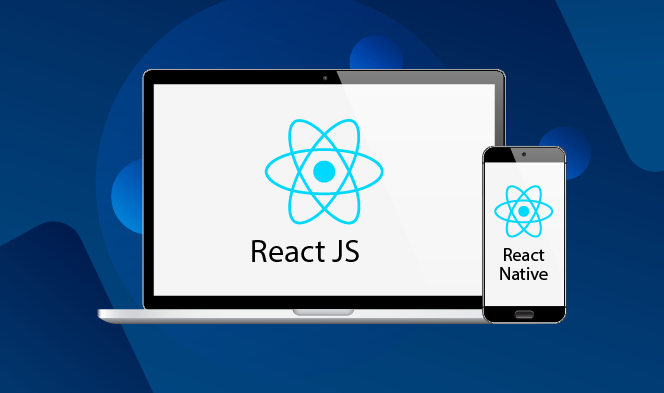 Everything you Need to Know About React Native & ReactJS

Every second, every day we are spending our time on various applications, be it health apps, dating apps, social media apps, etc. there is an immense increase in the demand of applications. With so much increase in demand, developers also had their share of struggle to develop for multiple platforms.

This led to innovation of new frameworks and programming languages like React Native, Flutter, Xamarin, and more which supports cross-platform app development. Today React Native is the leader when it comes to developing cross platform applications. Developers prefer it because of its ease of learning.

But, with this, there is also increasing confusion between ReactJS and React Native. It is the most debated question and so finally here is your answer. Let’s start!

In this article I will walk you through the difference between React JS and React Native. If you are someone who is often confused between these two, you are at the right place. Read more, to know everything about ReactJS and React Native.

ReactJS is the JavaScript library that supports front-end and server side development. You can even use it to develop user interfaces for mobile applications and websites. Its major purpose is to manage and handle the view layer of application. It provides developers with complex UIs from the small piece of code known as Components.

ReactJS has the ability to load the website and applications faster as it uses Document Object Model (DOM). React develops an in-memory data structure cache that computes the resulting differences; it then updates the browser’s displayed DOM seamlessly. The programmer writes the code in a way that the entire page renders whenever there are changes. But, in reality, only the sub-components which you have changed render. This leads to faster loading of pages; faster loading of apps and websites is essential for SEO ranking of your business.

ReactJS came up with the concept of component-based architecture, which focuses on the reusability of components and in-turn helps save time. It uses individual pieces of a large user interface and converts them into an independent, self-sustaining micro-system.

For example: you have made a website using ReactJs and want to make changes in certain sections. So, instead of changing the entire website, you can reuse and redefine particular components, as a result, saving time, and resources. Moreover, you don’t even have to go through the complexity of coding or running into any bugs.

When building a website or an application you need to consider SEO ranking as it is the way of reaching more customers and increasing sales. Being a server side rendering, it is useful to boost the SEO of the webpage/app and attract more organic traffic. When a Google bot visits a server that has rendered content and images, then the indexing, and caching becomes faster. It helps in the SEO of your website. Moreover, if the Google bot directly indexes the content from server-side, the page load time also decreases. As a result, the website loads faster and users will not need to wait for a long time.

Many Developer Tools are Available:

ReactJS has a large number of developers who contribute and develop an ecosystem of tools, component libraries, IDEs, extensions of code editors, web browsers, and more. This provides developers with a wide range of third party tools and extensions which helps them in ReactJS app development. Due to the large support from the community and its open source nature, ReactJS is one of the most popular choices when it comes to developing applications.

Going further, let’s talk about limitations of ReactJS which you need to take care of while developing:

When working in a different framework and using ReactJS, you will need to download the other extra components and libraries to work efficiently. This increases the cost and time of app development.

ReactJS supports many external, third-party libraries, there are very few native libraries for ReactJS. Today, external libraries can help developers use HTML and CSS functionalities and build in JavaScript XML i.e. JSX. But, remember even JSX has its complexities and difficulties while learning it.

Data navigation within ReactJS is complicated and complex because ReactJS does not support parallel data handling like other JS Scripting tools. To navigate between the Divs in ReactJS, developers need to first navigate to the parent node, followed by the topmost parent node, and then to the second hierarchy of the tree node. This can be a difficult and tiring process to navigate between the data.

If you are new to development and thinking of learning ReactJS, it is a bit difficult compared to React Native. So, new developers need to have patience and not be hard on themselves.

What is React Native?

When you start with React Native app development, it automatically understands the platform it needs to run on. Thus, it generates the right code for the platform. This is one of the USPs of it and makes the development process simpler.

Hot and Live reloading are the two most talked benefits of React Native. Live Reloading can compile and read the changes made by a coder. It also uses a new file simulator which then automatically reads the app.

Hot Reload uses Hot Module Replacement and was introduced after the first reloading process. Hot Reloading has one advantage, that is, after saving changes in the file, an HMR intermediator comes forward and keeps the updated files in perfect places while the application operates in the background. The main advantage of using Hot Reloading lies in the ability to make changes in the source code even when it does not recompile the application.

When the developer makes the changes in the code they can immediately see the results in real-time. Hence, with the help of Hot Reload, the waiting time for the output decreases.

Ready to Use Libraries:

Component UI libraries exist in React Native which developers can use to make a smooth UI experience. Sharing of UI libraries like Shoutem, Expo, native base, and others can save time and no need to build the components from scratch. As a result, developers can focus on their work, and save time.

If the application has complex and heavy functionalities, the React Native app development process can slow down because it has less native libraries and dependencies on external or third-party libraries. When one needs to carry out complex calculations at the same time, then Swift, Objective-C, and Java are better alternatives.

React Native has a loose framework in which programmers can find tags like HTML, CSS style sheets, and JavaScript code. This looks like a benefit, but has its own challenges as well. As it does not have any defined rule like Java or Swift, the developers don’t need to add any parameters and anything can be a variable. This can lead to clashes of logic and difficulties can occur while writing programs.

When this is initialized, it takes a lot of time to start the application. One of the major reasons is the JavaScript thread. But, this can become a problem in a long time. Today users are not used to waiting for a long time so as a developer you need to make sure that you are providing better solutions and experience of your application to your users.

If the developer needs the particular functionality and is not found then they are left with two options.

In either case, the development process consumes lots of time and resources and makes the process complex.

ReactJS or React Native: Which is Better?

This is a long held debate but one needs to understand that both complement each other. Both of them are important when it comes to React Native app development. Today they are known and accepted widely because of their constantly upgrading ecosystem, flexibility, and support of third-party applications.

ReactJS is the JavaScript library and whereas React Native is the framework. As ReactJS is the perfect solution for developing complex applications, React Native is useful to give it functionality like native apps for mobile. Like every other technology, even ReactJS and React Native have their limitations but with the constant development they are becoming better.

When it comes to choosing between either of them, you need to understand that you will need both of them to make your application work. If you are thinking of getting started with app development, you can reach out to us. Our experts will help you at each phase of app development. 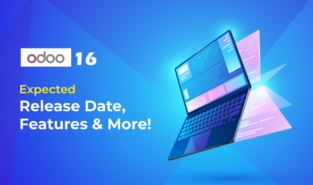